Safety, Security and a Sense of Belonging: Palmer Home, 125 Years Ago and Now

Christine McClamroch Spain was just five years old when she, her older sister and two older brothers came to live at Palmer Home for Children in 1955. Now a wife, mother and grandmother, Spain has recounted her experience living at Palmer Home many times. However, three words – safety, security, belonging — have become interwoven into the fabric of her story over and over again.

“My life before coming to Palmer seemed very black and white up until that point. I only have vague memories of that time, but I remember it not being a good situation,” Spain recalls. “When I arrived at Palmer, I could tell life was going to be different for me. It was like I was seeing color for the first time. We had a place of safety and a place of belonging.”

The concept of providing a place of belonging to displaced children was the original motivation for establishing Palmer Home 125 years ago. The American Civil War had left the landscape of Mississippi in ruins and in its wake were nearly 10,000 orphaned children.

A formal charter for the Palmer Orphanage, as it was named then, was granted the following year. In 1897, 20 acres of land was purchased in the southwestern section of Columbus. Architect Andrew J. Bryan of Jackson was commissioned to draw up plans for a three-story, Colonial Revival Victorian building with high ceilings and a sweeping front porch.

Palmer Orphanage officially opened on May 3, 1899, with “appropriate exercises and addresses by prominent citizens” as reported by several area newspapers. By August, it had 20 boys and girls in its care. Within five years, that number had doubled.

Drake Bassett, President and CEO of Palmer Home for Children, estimates that during its 125-year history, Palmer Home has cared for 10,000 children in some capacity. While every child has left their mark, so have the caregivers who shaped the organization into the Christ-centered environment it is today.

The arrival of the orphanage’s third superintendent, William Frierson and his wife Florence, was a pivotal moment in the organization’s history. While Palmer Home was established by the Presbyterian church, Frierson was the first ordained minister to assume this position. He and his wife quickly set about looking after not only the physical well-being of the children in their care, but also the spiritual. It is a legacy that continues at Palmer Home today. 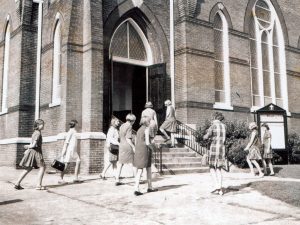 The Frierson’s son, John, would step in to take his father’s place after his death in 1919, eventually becoming the longest-serving superintendent in Palmer’s history. The Frierson family embraced the children in their care and transformed the atmosphere of the orphanage to feel less like an institution and more like a large, loving family.

Palmer Home has withstood some of the country’s most difficult times in history, including World War I, when it saw 15 of its young men called off to war; the Great Depression, when funding was scarce but the need to  care for displaced children was greater than ever before; and World War II, when fifty-four Palmer alumni served their country and several more alumnae worked as nurses. 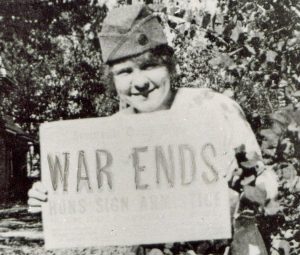 In the 1950’s, J.O. “Papa Joe” Davis stepped in as superintendent. It was a position he would hold for 24 years. Davis set out to transition Palmer away from dormitory living to the smaller, cottage-style family housing still utilized today. By the end of the 1970’s, Palmer was no longer being referred to as an orphanage. It was a home.

Davis was superintendent when Spain arrived. She recalls him with fondness, “He was just a big man, but he was so gentle and kind. That was just a magical time for me.”

Spain adds, “We were given every connection that the best parents would try to provide. When hula hoops came out, there were hula hoops all over campus. We would skate and play hide and seek and we had a big swing set. We had a good time, but we also had chores like kitchen duty or cleanup duty or sweeping the leaves off the walk. The training was there and the shaping, but there was also the security and safety and the individuals who provided a place of belonging.”

Spain has had many opportunities during her adult life to shine a light on the home that shaped her future in so many ways. In 1970, she competed in and won the title of Miss Mississippi. She openly shared her story during her reign and even had several Palmer Home children sitting in the audience in Atlantic City cheering her on as she vied for the title of Miss America. 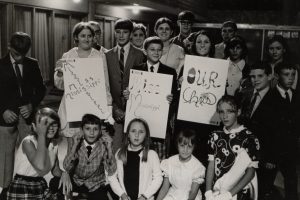 “I felt representative of my childhood, of growing up in a children’s home and to those children,” she explains. “Life has all kinds of opportunities. Your life matters. I had such a heart of gratitude for all those people that collectively took me in.” Spain would later return to Palmer Home to serve as a houseparent.

The world is a completely different place than when Palmer Home opened its doors in 1899. Therefore, the organization has continually adapted to reach those in need.

Says Bassett, “The scope of our mission has widened because the needs of children are very different than they were in 1920 or even 1970. We have children coming out of very complicated situations — neglect, abuse, any number of different factors that existed in some form or fashion 50 years ago, but not as prevalent as today.”

In recent years, Palmer Home has expanded its mission from a historically residential care setting to providing a variety of care settings to serve more children and to serve them better. The organization now provides private Foster Care through Palmer Home certified families. It works with expectant mothers in prison through the Family Care ministry to provide childcare for newborn infants.  Caregivers and caseworkers also lend support to the moms throughout their sentence and after release to reunite them with their children. Palmer’s Transitional Program delivers support, guidance and coaching for young adults between the ages of 18 – 24 who would normally “age out” of a traditional foster care system.

Just as the organization has grown to meet the needs of the world outside its gates, so has it adapted to meet the varying physical, spiritual and emotional needs of the children in its care. Today, Palmer Home strives to serve each and every vulnerable child who comes through its doors through the Whole Child Initiative Model of Care. The program, which began as an evaluation tool for onboarding new children, has since changed the entire method by which Palmer Home staff and caregivers provide care. By helping the child work through their trauma, they are better equipped to grow into a position that allows them to thrive at home, in school and in community life. 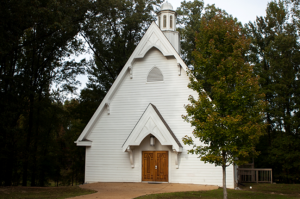 “What we’ve put in place is a complete environment where people understand the importance of trauma,” Bassett explains, “We’ve brought in people who felt it was their missional responsibility to bring their skills and their abilities to directly intervene in the lives of these children at the earliest age possible. The children then begin to cope, untangle the past and eventually begin to overcome.”

Throughout the years and across the milestones, Palmer Home for Children has been a beacon for children who found themselves navigating a dark world all alone. It is a role they fully intend to embrace for the next 125 years.

To learn more about historical moments at Palmer Home, visit our History page. 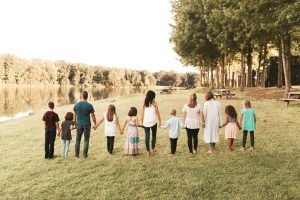